Even as many of us are returning to the office, we’ve started to adopt a more relaxed dress code. Gone are the jackets, ties, and polished cap-toes in favor of sports jackets, soft-roll button-down shirts, and-you guessed it-more casual dress shoes as well. Here are three great styles to wear in and out of the office.

Dress shoes with laces fall, generally, into two broad categories: the Oxford and the Derby. Oxford is (also generally) the more formal of the two. You can identify an Oxford by the ‘closed’ lacing system, where the eyelets are punched directly into the upper of the shoe. Conversely, a Derby is characterized by an ‘open’ lacing system, where two additional pieces of leather are sewn to the rear quarter and then the eyelets are punched through accordingly. So, what makes a derby more casual? While many derbys can sit on long, refined lasts with subtle chisel or elegant almond toes, the general principle is that the additional leather from the open lacing system creates mass around the foot.

But, the lacing on the shoes still makes for a fairly formal shoe. So, this makes the derby an excellent choice for a business casual office setting or lunch meeting. It pairs very well with the ‘menswear uniform’ of a navy blazer and grey flannel trousers, but is equally at home with a patterned sports jacket and some dark jeans.

Many derby shoes will come with a medallion, wingtip, or other forms of broguing. More ornamentation denotes a more casual shoe-and that’s something we’d embrace here. Readers of our guide to the types of dress shoes will know we suggest a pair of black cap-toe Oxfords as your first Oxford; so it should follow your first pair of derbies should be in brown. While black comes in, well, one shade, brown can come in dozens. It’s easy to get overwhelmed! However, considering your overall closet can help you narrow down a good selection. If you tend to wear greys and blues, consider a darker, chocolate-brown pair. If you favor browns, greens, and other earth tones, a medium brown to even a walnut shade would look excellent.

The monk strap shoe occupies an interesting ‘middle ground’ in the world of dress shoes. It’s not laced, so it’s generally more casual than a Derby or, especially, an Oxford. The origin of the name comes from the buckles medieval monks wore on their shoes. Monk straps can come with one, two, or even three buckles on the upper, though we’d suggest sticking with just one or two. You can also find them with cap toes, plain toes, or even some with medallions on the toe cap. While this last option can work, we’d suggest going with a cap toe and double monk strap if it’s an elevated casual look you’re after.

These shoes can work with anything from grey flannels or subtly-patterned trousers to stone or olive chinos. Jeans in most any shade can work. Dark denim is both safe and versatile to pair with monk straps; white jeans can be sartorially refined. As for color, we’d also suggest brown to start. If you’re going for maximum versatility in your elevated casual shoe collection, consider a pair in a different shade than those derbies you just picked up. If you went darker on the derbies, go a little lighter here.

While the style can be both dressed up or down, the loafer is perhaps the ‘most casual’ of these three options.

While slip-on shoes are nothing new (what we now call ‘opera pumps’ or ‘court shoes’ were commonplace at Louis XIV’s Versailles), the modern loafer first came on the scene in the early 20th century. Originally designed by a Norwegian shoemaker, they were loosely based on moccasins worn by Iroquois. In the 1930’s, GH Bass started selling a style called the “Weejun,” which looks very much like the modern ‘penny loafer.’

Loafers today can come in a few common styles. The aforementioned penny loafer is generally characterized by a small slit across the vamp. Supposedly, it was so you could keep change in there if you needed to make an emergency call- but, seeing as pay phones have never accepted pennies, this is kind of a far-fetched urban legend. A tassel loafer is distinguished by a braided tassel across the vamp. This additional ornamentation, in contrast to the lace-up formality scale, does make the shoe a little more formal than a penny loafer. But, it’s still quite versatile.

‘Casual’ can get kind of forgotten about by guys who are ‘into’ style, but in reality this world is open to so much imagination. So, don’t be afraid to experiment with texture. Suede is going to be inherently more casual than smooth leather. It will look smart in any of the styles we discussed, and particularly so in lighter shades.

Casual style is indeed much more than the shoes on your feet. Indeed, the socks you select can also say quite a lot about how you’re feeling that day. Here at Boardroom, we make a variety of socks for formal and casual scenarios. A pair in purple or red can liven up a decidedly casual jeans-and-tee look; or something with dots can work well with a simple button-down and some chinos. 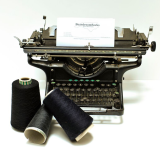 Our editorial staff is comprised of menswear experts dedicated to providing you with helpful information. Sharing everything from style tips to sock care instructions, these gentlemen are a wealth of knowledge for both our customers and the Boardroom Socks team.


Also in The Boardroom Memo

Thin Dress Socks - What are They, Which to Buy & How to Wear

Buying Guides Sock Materials Style Tips
Our editorial team shares information around the ideal thickness for men's dress socks. Here, we’ll cover what constitutes a thin men’s dress sock, just how thin you should go, and why and where to wear.
Read More

Designer Dress Socks and The Cult of Luxury Hosiery

Sock Materials
Do 100% cotton socks really exist? What is the ideal blend of materials in men's cotton socks? Dive in to learn more.
Read More